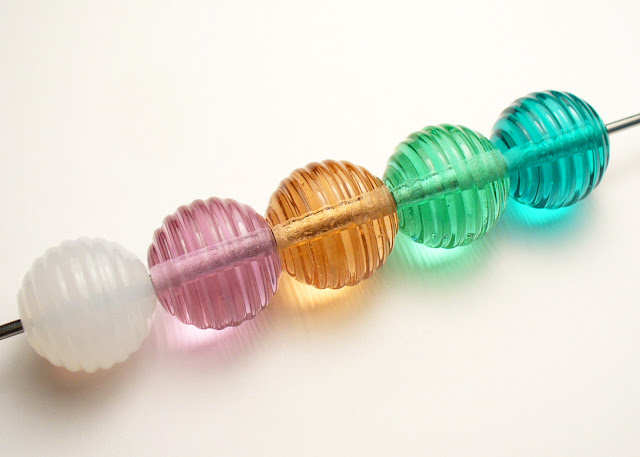 Colors from Left to Right:  Spook, Enchanted, Venus, Siren, Poolside
Venus initially looks to be a pale pink in rod form, however when the glass meets the flame a light peachy amber hue emerges.  Light hazing occurred during testing.  See photo above for bead sample. 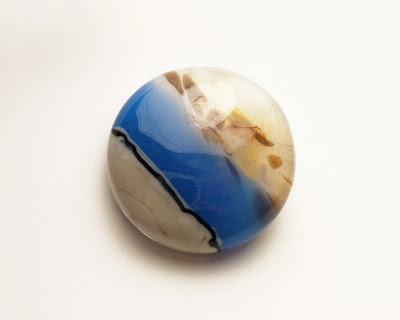 Spook is a heavenly white.  The glass remains clean and crisp when paired with other CiM colors.  Over a Effetre Pastel White base, the glass mimics Mother of Pearl.  No shocking or bubbling occurred during testing.  The glass does not reveal any hint of red, other than a pale pink glow when paired with purple.  The glass becomes murky when combined with Rubino Oro. 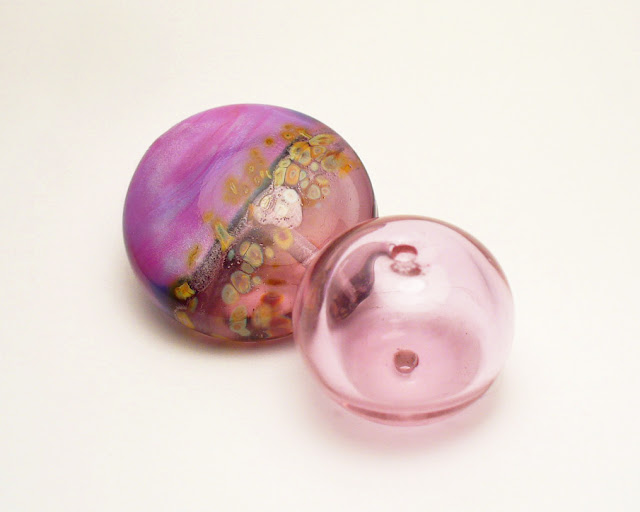 Enchanted is a pale pink lavender.  When compared to Effetre Transparent Dark Lavender, the new CiM color has a lighter plum hue (see sample photo below).  Light hazing occurred during testing but cleared up as the glass became molten. 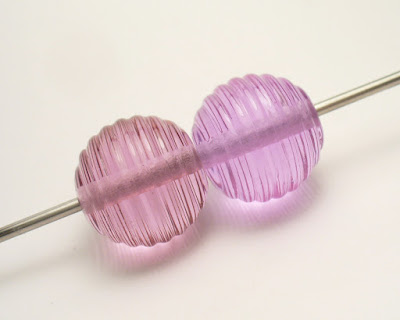 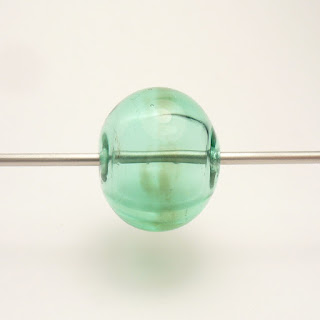 Siren is a pale transparent green.  The glass seems to color shift during the final flamepolish on the hollow example bead.  During the initial testing of the ribbed round, the glass remained clean and crisp in color.  There was a bit of initial hazing during the flamework process.  No shocking or bubbling occurred. 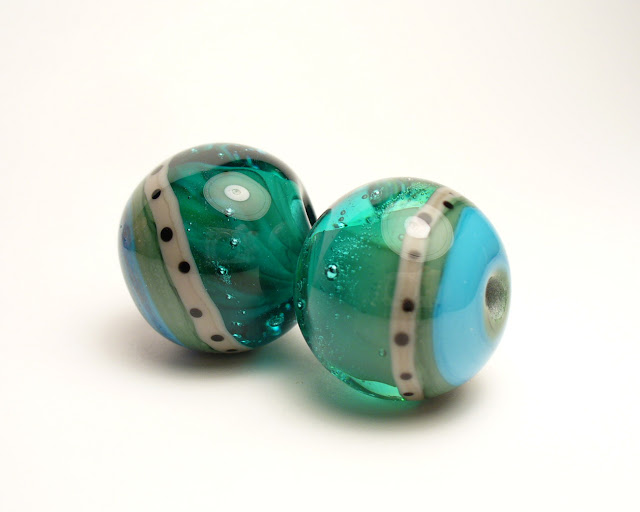 Poolside is an exciting new addition to the CiM family.  The vibrant transparent teal has an electric look in bright light.  The glass held crisp lines during sculpting and the color remained clean when paired with fine silver and silver reactive glass. 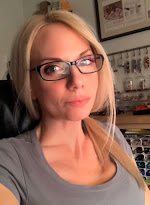 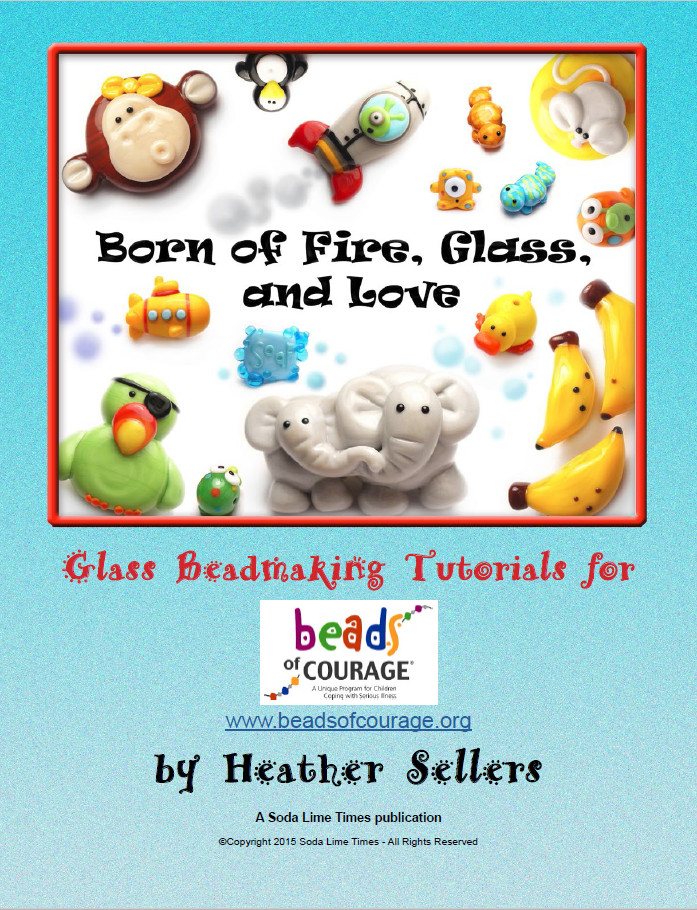